The outgoing M4 was plenty powerful, but this takes it to a whole new level. 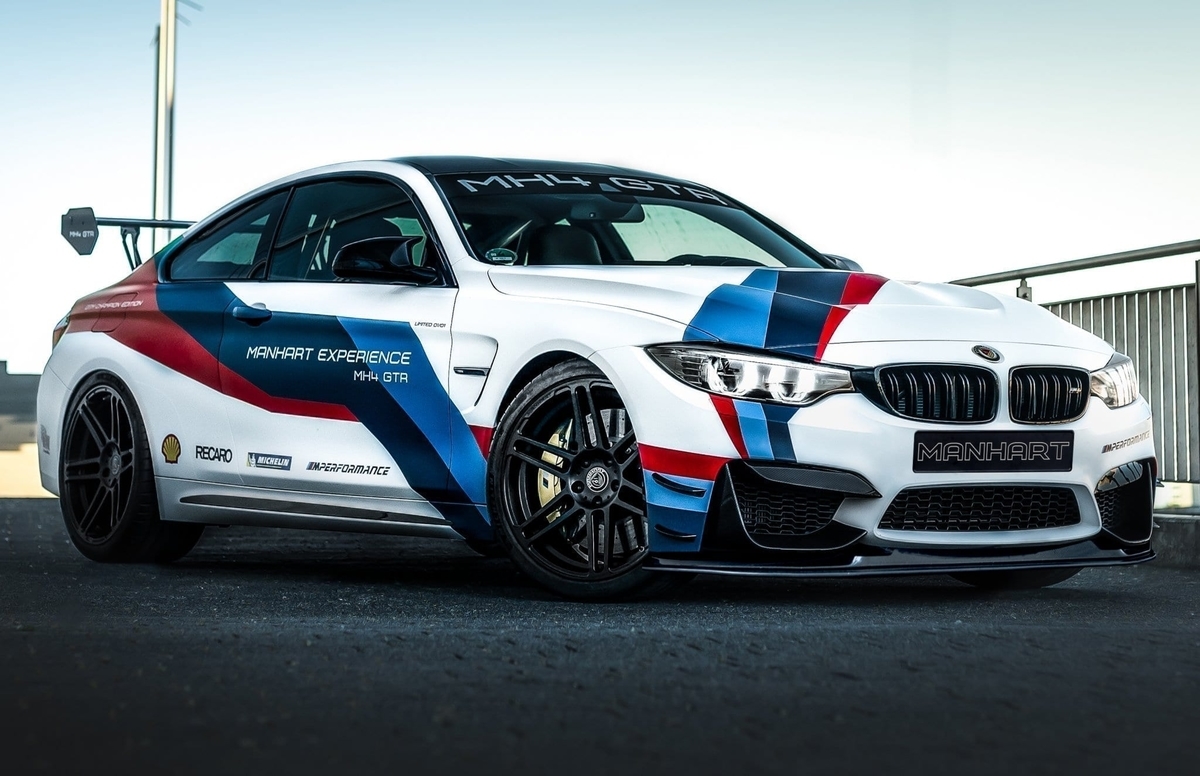 BMW recently took the wraps off of the new BMW M4, and, well, it didn't go over so well with the internet. There's hardly any way around the fact that its grilleface is a tough one to love, so let's cast our minds back to the original BMW M4 and its smaller kidney grilles. The BMW M4 originally came out in 2015—when it stopped being known as the M3 coupe—and it was a spicy car to drive, so naturally Manhart has decided to give it the one thing it didn't need: Even more power.

The Manhart MH4 GTR is actually based on the already rather rare BMW M4 DTM Champion Edition. Just 200 of these special editions were built to celebrate BMW's successful return to the German Touring Car Championship. In BMW's first season with the M4, Marco Wittmann won the driver's title, and the commemorative M4 followed with DTM-inspired looks, some extra aero bits, and a fresh BMW M inspired livery.

Manhart takes things just a little bit further. Thanks to an ECU remap, a new intercooler, aluminum charge pipes, and a stainless steel exhaust, the  MH4 GTR now makes (a frankly ridiculous) 698 horsepower and 722 lb-ft of torque. For reference, the M4 DTM  Champion Edition came out with "just" 500 horsepower—the same amount as the M4 GTS thanks to their shared water injection system.

You might think that, to cope with the extra power, Manhart has maybe added some fancy dampers or maybe some extra bracing around the car. But no. Instead, to tame all that grunt they added custom wheels that are just 0.4 inches wider than the wheels the car originally came on. There's also a new front splitter and a bigger rear wing, but you're probably going to need a few more enhancements than that to tame that monstrous engine. Hey, at least it's still better looking than the new M4.