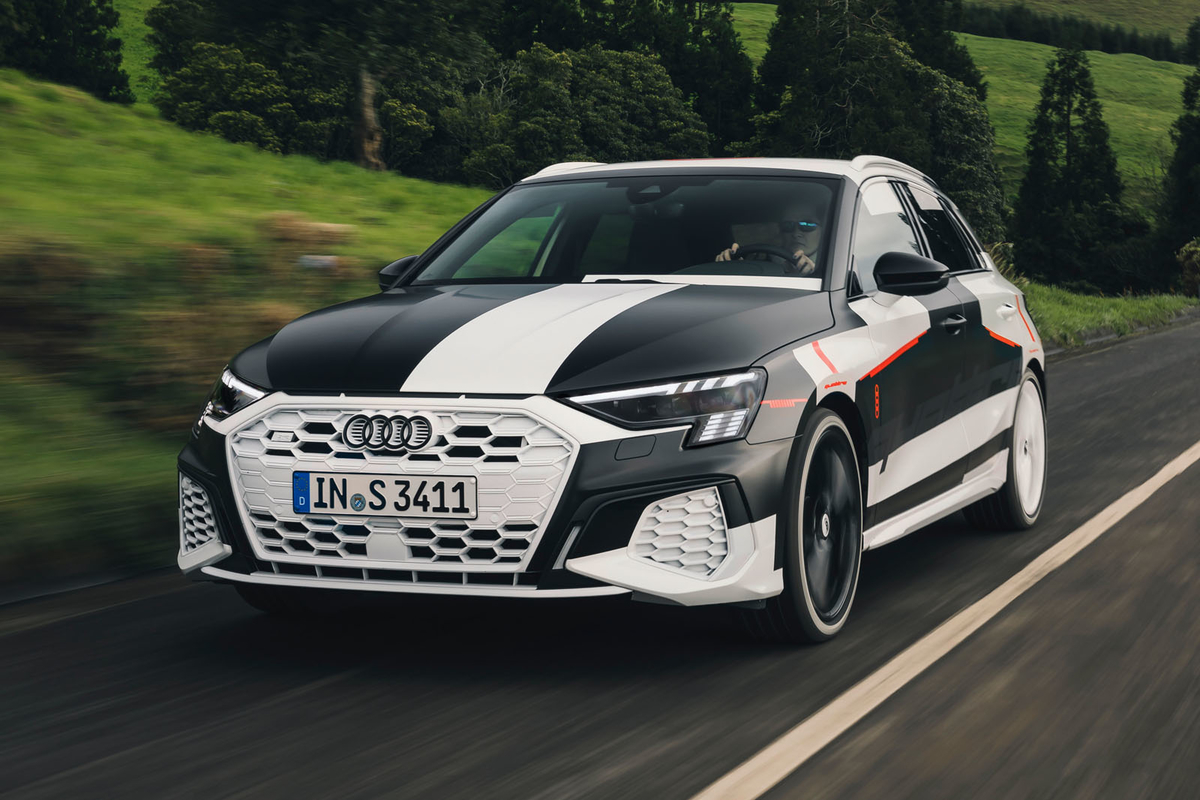 The hatch will remain off limits, but it points the way toward the U.S. sedan.

The Audi A3 is getting a little long in the tooth compared to the rest of its maker's stylish lineup—to say nothing of fresher competition like Mercedes' latest A- and CLA-Classes. (There's also a BMW 2 Series Gran Coupe/sedan on the way.) Fortunately, a new version of the small Audi is on the horizon, and judging from these prototype pictures, it will have a much more compelling appearance than its predecessor.

The new A3 Sportback will debut at the Geneva Motor Show in March, ushering in the fourth generation of the compact car. It receives a more prominent grille and sleeker headlights and taillights, as well as sharp body lines. We don't have all the details yet, or any information on powertrains, but Audi is promising improved driving dynamics. The model features Audi's new damper technology and an available adaptive suspension. Audi is also touting the new A3's progressive steering system, in which the ratio changes depending on the steering angle. Power assistance also varies by speed, for example decreasing at higher speeds for a sportier feel. The A3 offers Audi's latest all-wheel-drive system that distributes torque between the front and rear axles efficiently in accordance with the driving conditions. Unfortunately, Audi hasn't given us a clear look at the new model's interior just yet.

Audi has confirmed the Sportback body style will not be available on the A3 in the U.S. That said, we assume its style cues will trickle down to the A3 sedan. Check out the gallery below for more pictures on the sexy hatch: Poker