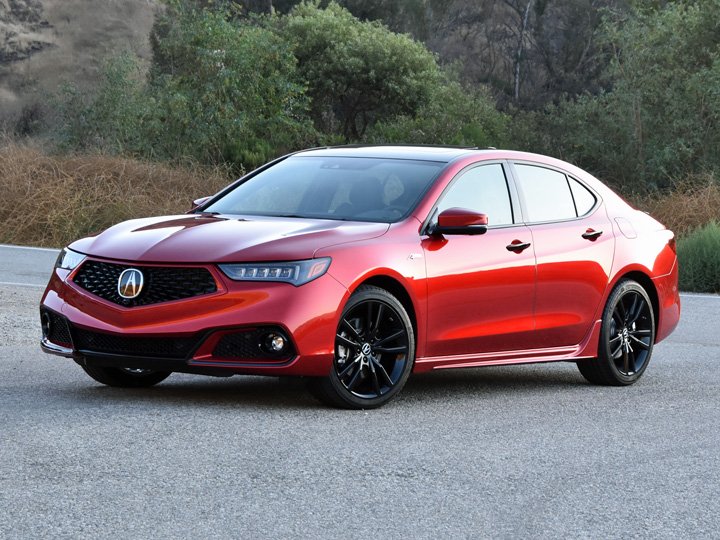 DETROIT--A quick recap of the car I've recently test-driven for this review: Shortly before Acura unveiled its enticing 2021 TLX sedan, Honda's premium/sport marque assembled 360 examples of the outgoing model at its Performance Manufacturing Center, which normally hand-builds the NSX hybrid supercar. The 2020 Acura TLX PMC Edition is painted Valencia red pearl previously limited to the NSX, with a nano-pigment technology that "produces exceptionally high color saturation and deep levels of contrast." Shortly after Acura's PMC completed its run of TLXs earlier this year, it assembled 330 MDX SUVs in the same paint color.

The bottom line on the 2021 Acura TLX PMC Edition's window sticker is just shy of $50,000, which might seem a bit excessive for a marque that is in the process of emphasizing its performance image over its long-struggling premium/luxury image. As for the NSX Valencia red pearl paint, though, it looks flawless to these eyes. What's more, that bottom line for the PMC is just $2,600 more expensive than a 2020 Acura TLX SH-AWD with Advance package, painted, say, Performance Red Pearl. However, with the new model on the way, you're likely to find bigger price breaks on the car assembled at the automated factory than in the NSX sector.

What really makes the TLX special and worth the money is its combination of Acura's super-handling all-wheel drive--Honda's variation on torque-vectoring--and its excellent steering precision, feedback, and weight. Steering historically has not been Acura's strong suit, though the NSX has always been an exception, and chassis engineers have done a good job of extending this quality to the rest of the lineup. All-wheel drive historically has not been my favorite method of bringing a transverse-engine, front-drive-based car up to longitudinal-engine, rear-drive sports-sedan handling levels, but SH-AWD has proved to be a credible alternative.

SH-AWD makes sure the 2020 Acura TLX PMC Edition like the one featured in this test drive handles quick curves with a neutral attitude, though you can feel the impending understeer until you lift the throttle mid-turn and the nose comes back to you.

The naturally aspirated, 290-horsepower 3.5-liter V-6 that comes with all SH-AWD TLX models (a 2.4-liter, 206-hp I-4 is standard on FWD models, with the V-6 optional), works nicely in concert with this chassis. The launch is not overly torquey, but this engine offers a fat mid-range which enhanced by unusually useful manual-shift paddle controls for gearing up and down the automatic's nine speeds. This makes for a sport sedan that exceeds its reach, perhaps not as an alternative to the Genesis G70, Mercedes-Benz C-Class, or Cadillac CT4-V, but certainly to the Audi S4, for example.

In Acura's marketing move to emphasize its performance creds, the 2020 Acura TLX PMC Edition marks a nice gap between commodity brands like Honda and the expensive, overtly premium luxury brands. The TLX is an overachieving sports sedan for enthusiasts who don't want to pay premium prices for luxury badges. For an extra $2,600, the 2020 Acura TLX PMC Edition is absolutely a worthy garagemate for people lucky enough to own an NSX.