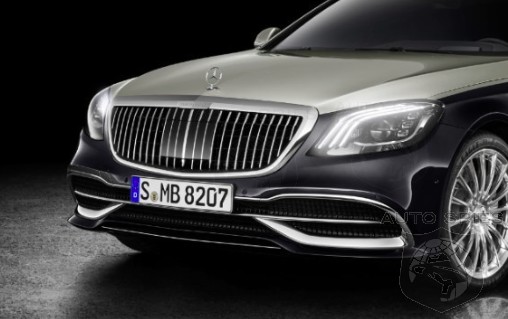 Daimler has been cohorting with Aston Martin about reviving Maybach for a while now, but it seems as though the automaker is getting ready to talk regarding a final decision on the ultra-luxury brand's future.

"We are close to a decision," said Chief Executive Officer Dieter Zetsche said yesterday at the Frankfurt auto show. While he failed to provide any more details, he said talks with Aston Martin "have taken place."

Other options Daimler has been considering include spending a whopping $700 million in revamping the lineup or shutting it down entirely -- the latter not surprising, considering the brand continues to miss its target of selling 1000 vehicles a year. Meanwhile, rivals including Rolls-Royce and Bentley continue to outperform it. Case in point: Rolls sold 2700 units in 2010, while Bentley sold 5100 cars. Maybach, in comparison, moved only 200.

Until Daimler reaches a decision on Maybach's future, the current product line will soldier on unchanged, saved for a few special-edition models that debuted in Frankfurt. The Edition 125! is a apparently named and designed in honor of Mercedes-Benz's 125th anniversary (Maybach, it should be noted, is only 102 years old as of 2011). The special edition models have a new front grille that appears more upright and arrow-shaped, a restyled bumper, and a taller hood.

Additional piping on interior upholstery, unique carbon-fiber trim, and founder Wilhelm Maybach's signature embroidered on the glove compartment lid are just a few of the interior accents. Maybach 57 S and 62 S models are bumped up 18 more horses to 630 hp, while 57 and 62 models are unchanged.

Do you think a potential tie-up with Aston Martin will help revive Daimler's neglected ultra-premium brand, or should the plug be pulled on Maybach? โดมิโน่ QQ

« บ้านผลบอล goal Unimog For Sale: The Most Awesome Unimo… »
Profile