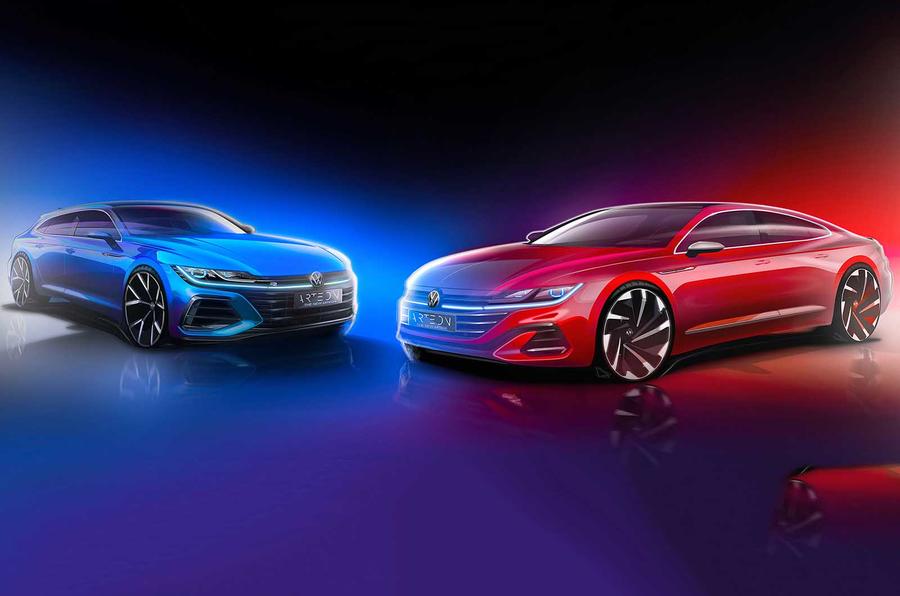 A refresh for the handsome sports sedan is right around the corner.

You'll be forgiven for having forgotten about the Volkswagen Arteon. The sleek-looking sports sedan ended up being less sporty and more expensive than we were expecting, and we were left unimpressed with its dynamics and parts-bin switchgear. However, just over a year after it went on sale in the U.S., the Arteon is getting a makeover—and we'll see fully unveiled on June 24.

Volkswagen teased us with artwork that previews some of the design changes to the Arteon yesterday, and we like what we're seeing. The handsome sportback looks like it's getting a brand new front end with a LED light bar that stretches the full width of the front bumper. We assume there will also be changes to the rest of the exterior as well.

Inside, Volkswagen says the Arteon will get the latest version of Volkswagen's infotainment system and a "completely new cockpit to match its exclusive nature." In other words, it'll be fancier inside. Hopefully this means we won't find any low-rent Jetta switchgear in it this time around.

Eagle-eyed readers may have spotted the shooting brake in the teaser. Shooting brakes, essentially sleek wagons, are all the rage in Europe. What about in the States? Not so much, so we won't be getting that version of the Arteon.

Multiple reports have surfaced that Volkswagen is working on an R version of the Arteon as well. It's entirely possible that we won't see the Arteon R stateside, and Volkswagen has a tradition of keeping some of its most interesting performance machines off our roads. The Golf GTI Clubsport, the Golf GTI TCR, and even the new Touareg R are a few examples that spring to mind. Either way, we're keeping our fingers crossed that we'll get more than just a refresh to the Arteon in the weeks and months ahead. ผลบอลย้อนหลัง